Most of us, if we recognize the name Maurice Sendak, probably think of him as the man who wrote and illustrated the beloved children’s book “Where the Wild Things Are,” published in 1963. Yet what some may not know is that Sendak wrote (and illustrated) much more than that one popular book. In the Chapin-Horowitz Collection of Cynogetica in the Special Collections stacks is a small book with a baby blue dust jacket with the words “Higglety Pigglety Pop!” along the spine.

Next to them, “Sendak.” Inside is a short story illustrated with his familiar style of lines building upon lines to create forms and shadows. And much like “Where the Wild Things Are,” this book has its own brand of amusement and uneasiness that is suggested in its title, which intimates that playfulness will give way to something more contemplative: “Higglety Pigglety Pop!: or There Must Be More to Life.”

Like “Where the Wild Things Are,” which verges on dark and even scary, much of Sendak’s writing toes the line between humorous children’s banter and perceptive musings on adulthood and the business of growing up. At times his language in “Higglety Pigglety Pop!” (and other works) is playful—even, at times, verging on nonsensical—a quality of Sendak’s writing that many have compared to the work of Theodor Geisel, popularly known as Dr. Seuss. It’s this language, paired with Sendak’s characteristic illustrative technique, which gives his writing the veneer of childlike whimsy. Yet fans of Sendak’s work have increasingly suggested that his writings were often not very childlike at all, at least in the sense that they sometimes urge us to contemplate not only what it means to be a child or a “grown up,” but also what it means to be human, mortal, and fallible.[1] 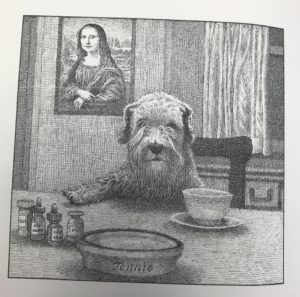 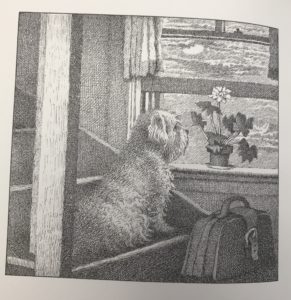 On one hand, this book is a terrific children’s story, elaborating upon a “Mother Goose” nursery rhyme also called “Higglety Pigglety Pop!” On the other hand, however, it is a tale that follows its main character on her journey to see if the grass is truly greener outside the confines of her comfortable home. Indeed, Jennie, the Sealyham terrier, has everything she could ever want: “She had her own comb and brush, two different bottles of pills, eyedrops, eardrops, a thermometer, and for cold weather a wool sweater. There were two windows for her to look out of and two bowls to eat from. She even had a master who loved her.” Yet Jennie is “discontented” and “[doesn’t] care” about all that, saying that she wants “something I do not have. There must be more to life than having everything!” So she packs up all her belongings and leaves home for good. “You have everything,” says the potted plant on the window sill. Jennie responds by chewing off the plant: first one leaf, then a few more, then all of the plant until it cannot speak any more to Jennie about how foolish she is to leave her happy home (3).

Yet while we might expect some kind of instructional tale about how the grass is not, in fact, usually greener on the other side, Sendak writes a story in which the protagonist ends up all right in the end, choosing to abandon her home for good and live at Castle Yonder. In fact, during her journey away from home, she eats a lot, travels to new places, and even gets to perform in a theatrical performance of the eponymous “Mother Goose” nursery rhyme. Jennie even sends a letter to her former owner to inform him of her new life, telling him that if he ever visits to “look for me when you get here.” 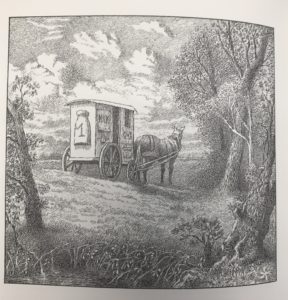 Though Jennie’s adventure is not a lesson learned, per se, neither is it a frolic without Sendakian undertones of loneliness, darkness, or growing pains. What builds and supports much of that drama is Sendak’s wonderfully detailed illustrations. His drawings of Jennie are so lovingly described that you can almost see her come to life and imagine her spunky personality (indeed, Jennie was a real dog, and the friend to whom Sendak dedicates the book). And just as imaginatively created are Sendak’s illustrations of various moments Jennie experiences during her trek away from home in search of the “More to Life.” Perhaps even more than the words of the tale or the actual events that unfold, the illustrations convey the uncertainty about what Jennie’s fate will be. They present at once a playful humor as she interacts with other characters—many of them animals, as well as one baby—and a sense of the isolation that looms and encroaches upon her. 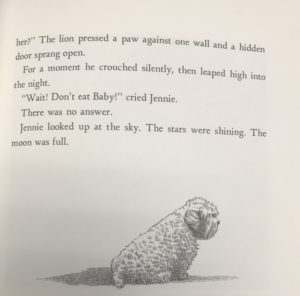 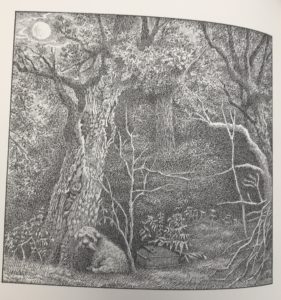 Despite her confidence in leaving home and searching for the “more” that could exist in life, Jennie’s journey is always somehow at risk of making it all come undone. The baby tears up the things in her bag; she almost gets eaten by a lion; she gets lost in the woods; and yet Jennie reaches Castle Yonder, where she, quite contentedly, decides to stay. When we reach the tale’s conclusion and read her letter home, we realize that Jennie is happy where she is now, but that’s about all we learn. There’s no moralizing message, no instructional warning that you only know what you had once it’s lost. Instead we find that the journey was exciting, surprising, trying, and sometimes a little sad. But in a way that’s exactly Sendak’s point: that life is all those things, no matter whether you stay in the comfort of what you know or venture out to brave the unknown. 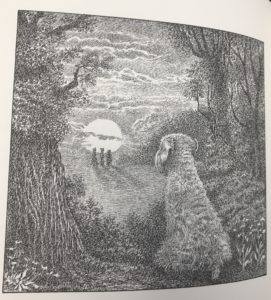