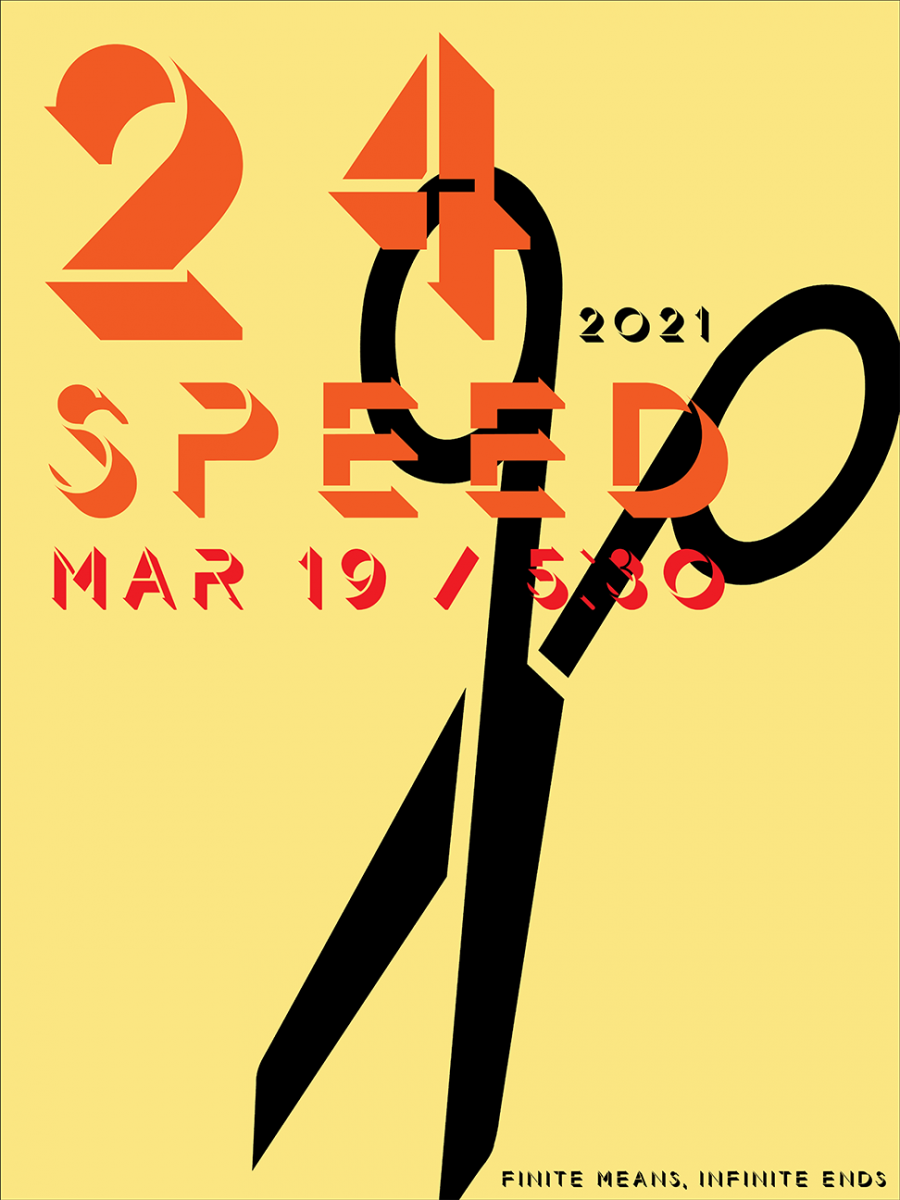 The “soul” of 24 Speed has always been its community building thrust of inviting students and alumni to collaborate (physically) on a creative project. However, the current pandemic and our healthy together commitments require us to make this look different. There’s a pandemic going on, and we must remain diligent.

After all, 24 speed has always been a fun and creative way to create something together physically. But our community is in a precarious place right now, and we’ll look back on this as a temporary blip on the 24 speed radar.

So, this year’s 24 Speed contest will not be a team event, but rather an individual one. Additionally, and to be transparent up front, 24 Speed 2021 will be an editing contest and will require no original shooting.  This is not to emphasize the isolation we all might feel now, but rather to responsibly maintain our resolve to remain healthy together, and to find a way to continue a tradition of community-based creativity that we cherish. Creativity is the result of limits, not of their effacing. So we continue.

Jury Prize – Best use of prop
Becoming a Provost by Nevada
Genre: Training

Jury Prize – Best use of prop
24 to Life by Lauretta Shall Find Some Teammates!
Genre: Political

Jury Prize – Best use of line of dialogue
A Largely Unknown Operation During the Grenada Crisis by Part Time Box
Genre: Aviation

Jury Prize – Best interpretation of genre
Who Saved Who by Terrillionaires
Genre: Animal

Jury Prize – Best use of arch shot
The Circle Is A Trap by Talk to Plants
Genre: Loop

Take a look at our W&M Libraries YouTube page for all the previous 24 Speed films!